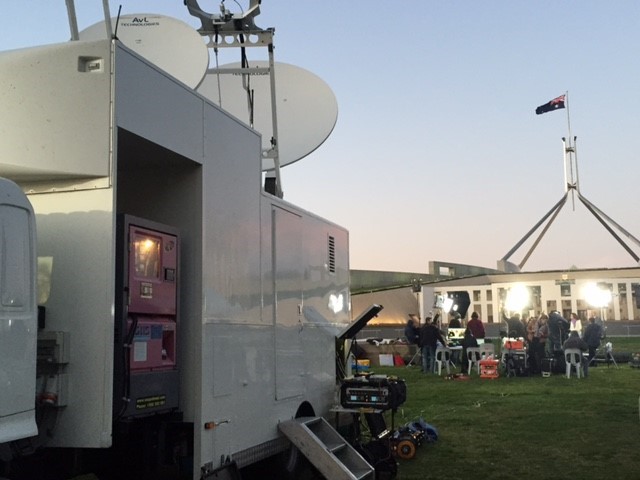 On Monday 14th September Malcolm Turnbull resigned from his position in Parliament and announced he would contest the leadership of the Liberal Party. As it went to a vote STS were called to make their way to Canberra to broadcast the Today Show's coverage of the result the following morning. Two of our SNG team travelled to Canberra and were on the front lawn of the Parliament House in Canberra at 0230 hours to prepare for the broadcast. As this breaking news continued to be covered throughout the day and into the evening, another two SNG Operators were flown to Canberra to relieve those who had been up since the early hours of the morning! This is an example of how our team respond to breaking news.........i.e. immediately!!