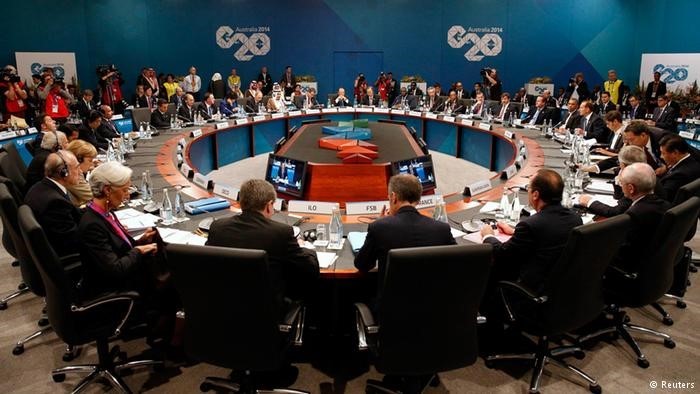 Sydney Teleport Services were commissioned by Eurovision to provide transmission services for their members and clients. STS provided a fully monitored Master Control (MCR) for Eurovision in the G20 Media Centre in the Brisbane Convention & Exhibition Centre. This included 6 live cross positions, 7 incoming feeds from the Host Broadcaster and 6 replay devices all routable to 6 dedicated transmission paths via fibre available 24/7. These paths integrated seamlessly with the Eurovision FiNE fibre network which has its Australian hub with Sydney Teleport Services.

However our involvement in the G20 did not stop there. Sydney Teleport Services also provided dedicated transmission paths via fibre from the G20 Media Centre for the BBC and also APTN via TATA Communications.

On the SNG side, we provided SNG services for CCTV external to the Media Centre and another of our SNG’s also carried the arrival of the US President Barak Obama onboard Air Force One from RAAF Amberly back to the Host Broadcaster at the G20 Media Centre.