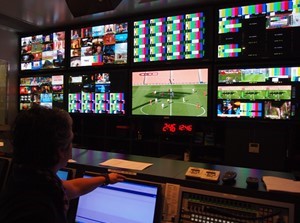 Sports & Events Available to YOU via STS

Click to go to our 2016/17 Calendar Summary of many of the major Australian sporting codes, events and tournaments which are available from our MCR to authorised telecast rights-holders. We trust that this will be a valuable reference for your planning purposes, and would be pleased to help your Company with your own sports telecast schedule. 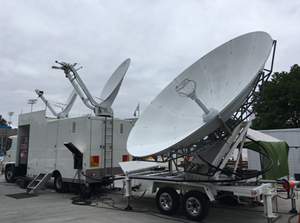 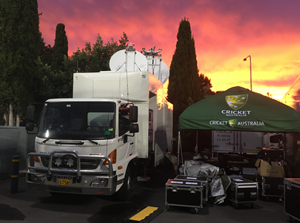 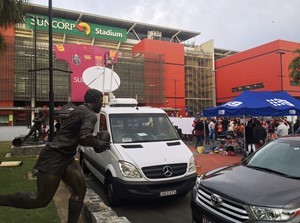 The second match of the 2016 State of Origin is at Suncorp Stadium and Sydney Teleport Services are there! The truck has been setup and is ready to broadcast the match that NRL fans around the nation will be watching each second play out in venues and homes tonight. 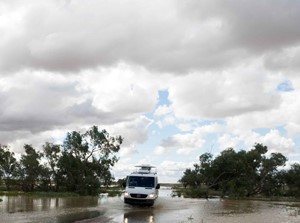 Sydney Teleport Services are tenacious. Even through floods we will get to where the news is and deliver for our clients. Birdsville Races were almost cancelled due to severe weather conditions that resulted in flooding. The Today Show had a planned weather cross from the races. Our SNG team braved these extreme conditions in the satellite van to make it just in time and delivered! The rain had stopped and the races were going ahead! Well done team! 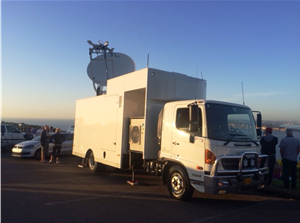 The Today Show hosted their morning show from a number of the 5 cruise ships being named on Sydney Harbour on 25th November 2015. STS had services setup from North Head and Fort Denison to broadcast this first time event. 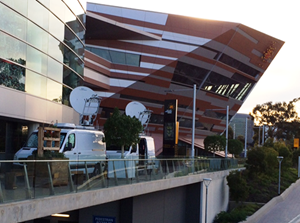 The AFL Draw was held in Melbourne on 25th November 2015. STS were there to deliver services for Fox Sports. 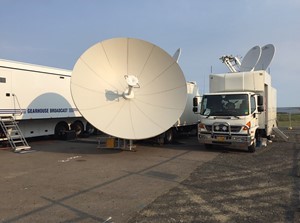 This week the team travelled to Phillip Island to prepare for the V8 Supercars. The team's mascot, ET, can be seen inside the truck if you look closely! 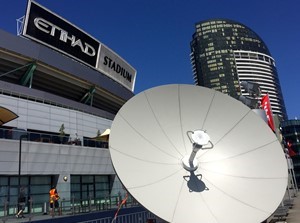 UFC is a unique event that attracts a diverse range of people. STS's team were there to broadcast the event from Etihad Stadium Melbourne. We utilised our dual dish SNV’s STS uplinked multiple carriers to a world audience. 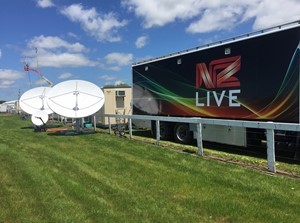 V8 Supercars went to Auckland on the first weekend of November 2015. Sydney Teleport Services was there showing their capacity to provide international services. 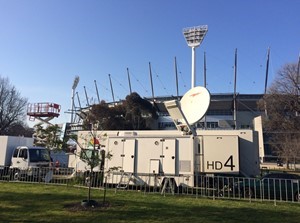 AFL Grand Final 2015 at the MCG. This event gets bigger every year and so does the pressure to ensure the broadcast goes without a hitch. From the Grand Final Parade on the Friday, to the AFL Breakfast, to the Headline Acts that perform prior to the game, to the game itself! STS were there to assist the broadcast to the thousands of viewers nationwide. 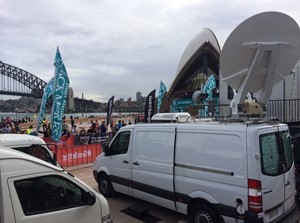 Blackmore's Sydney Running Festival 2015 was held on Sunday 20th September. This highly popular run is an annual event in Sydney that caters for families right through to serious marathon runners. Sydney Teleport Services were there to capture the event. 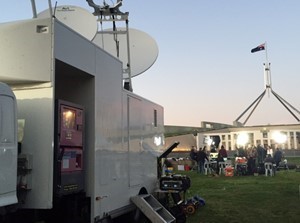 Malcolm Turnbull contests Tony Abbotts leadership of the Liberal Party. STS were there ready at 2:30am to prepare for the Today Show coverage on Tuesday 15th September on the front lawns of Parliament House in Canberra. 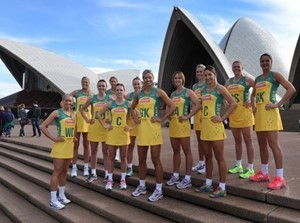 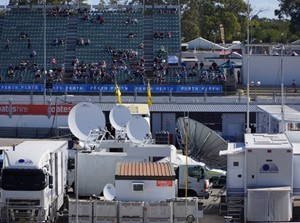 V8 Supercars is an exciting LIVE event that Sydney Teleport Services broadcasts across Australia nationally. Our vehicles travel across the entire country from Sydney to Perth, Darwin to Launceston. 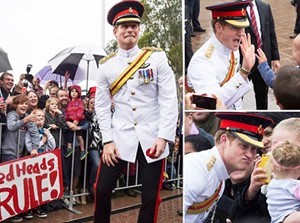 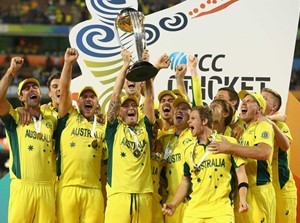 Sydney Teleport Services provided broadcasting services across Australia and New Zealand to deliver the Cricket World Cup 2015 both nationally and internationally. This included an industry first by way of a 4K transmission broadcasted internationally to India. 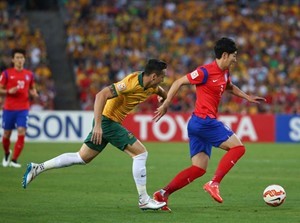 With football, that is soccer, becoming more and more popular in Australia it was a great time for Australia to host the Asian AFC. Sydney Teleport Services broadcasted the event from 5 different venues across Australia. 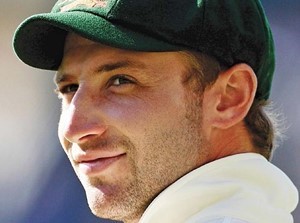 Phil Hughes, a player in our Australian cricket team, was tragically killed when hit by a cricket ball at the Sydney Cricket Ground. As one of the most popular characters in the team, and so young at 25 years, the country stopped to remember him. The funeral, held in his hometown of Macksville NSW, saw close to 5000 people attend. Sydney Teleport Services were there to broadcast the funeral to the rest of Australia. 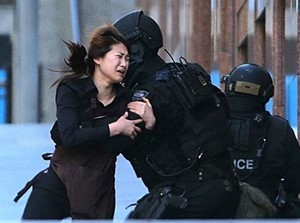 A day all Sydneysiders will remember forever. The day the Lindt Café in Martin Place is locked down and the 10 customers and 8 staff inside are kept hostage at gunpoint for up to 16 hours. Our team were called to broadcast outside the Lindt Café. Breaking news such as the Sydney Siege requires our team to respond quickly and effectively. 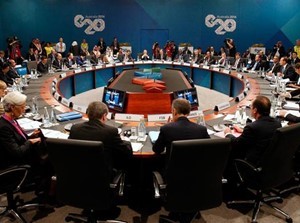 Sydney Teleport Services were commissioned by Eurovision to provide transmission services for their members and clients at this high profile event. STS provided a fully monitored Master Control (MCR) for Eurovision in the G20 Media Centre in the Brisbane Convention & Exhibition Centre. 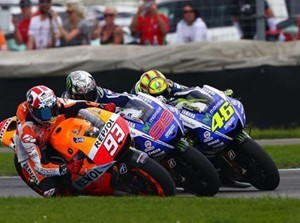 Moto GP 2014 is an annual event run at the stunning location of Phillip Island, Victoria. Sydney Teleport Services have broadcast this event for a number of years. It's unique location attracts many fans each year. It is yet another LIVE event for us and one that moves FAST!